BACK TO ALL COUNTRIES 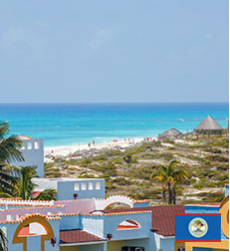 Although located on the mainland of the Americas, Belize more closely resembles the English-speaking islands of the Caribbean than its Latin American neighbours.

The landscape of Belize is diverse to say the least. The Maya Mountains, basins and plateaus dominate the southern half of Belize whilst numerous rivers and streams drain the northern lowlands and the flat coastline is peppered with lagoons. Ignored by Spanish adventurers in search of treasure in South America, Belize’s wealth would prove not to be gold but agriculture. By the end of the eighteenth century the coastal lands held growing population of British and Dutch plantation owners. Belize has a subtropical climate with pronounced wet and dry seasons.

Belize is home to…